Get fresh music recommendations delivered to your inbox every Friday.
We've updated our Terms of Use. You can review the changes here.

VA - Solidarity is a Weapon 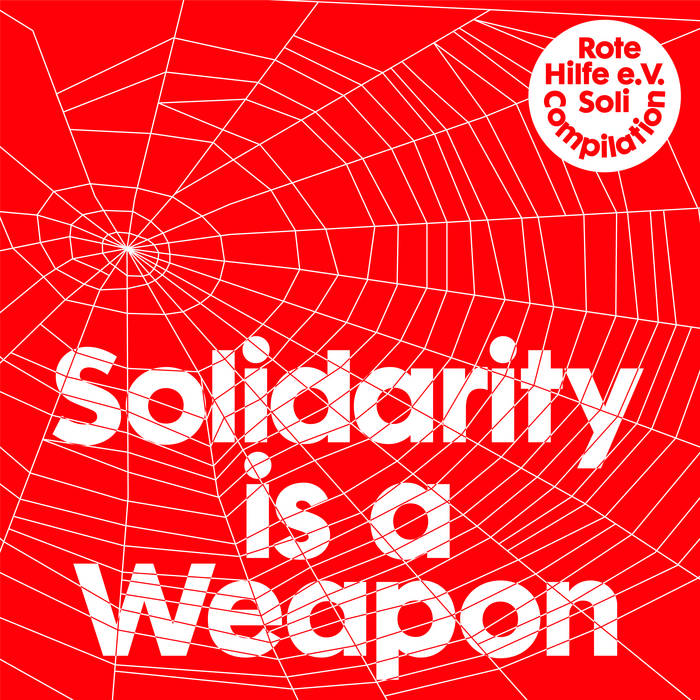 hismastersvoice666 Good cause, shitload of good music, what are you waiting for? Favorite track: Age Eternal feat. Dusa - L.I.S..

VA - Solidarity is a Weapon

These are strange times and it looks like the whole world is going crazy. At least that's how we feel when we open the newspaper and follow the daily news.
All of us noticed the news about Nazi networks in police and military, mostly called „Einzelfälle“ with fear and concern. Halle and Hanau shook us. To watch “Querdenker” and Nazis walking hand in hand while the protests for the victims of Hanau where declined made us want to throw up and listening to politicians talking about the threat from leftwing-radicals just made us wonder. Even the orange president talked about the Antifa-myth which is complete bullshit. So what does Antifa mean? A short term for Antifascist.
Since we are no longer involved in political activism, we thought we would at least make a small contribution and support activists in their struggle.

So we started asking our friends if they wanted to contribute a track. Everyone jumped right on the bandwagon, which made us super happy and in a few weeks we even had more tracks than initially planned.
So you can expect some weird ambient-spheres, stompy club hymns, dolphin-trance, classic piano-house and even some dub-grooves.

We hope you enjoy the music as much as we do.

So who is “Rote Hilfe E.V.” and why does the money made with this compilation goes to them? This organisation puts the main focus on the financial and legal support of left activists who face repression in Germany. Besides, the “Rote Hilfe E.V.” helps antifascists who are searching for political refuge in Germany. We think that's a good cause which we would like to support. So your money is well spent! ;)
If you are interested in this, you can read more here: www.rote-hilfe.de
Or donate even more money here: www.rote-hilfe.de/aktiv-werden/spenden

Thus, none of the people involved in this project gets any money out of this. Each Artist, mastering engineer Alexander von Hörsten and graphic designer Jasper Otto did this for free. So the biggest hug is going out to you. Thank you.

Bandcamp Daily  your guide to the world of Bandcamp

The Hammer and The Relentless from the Boston band Malleus stop by for a chat.